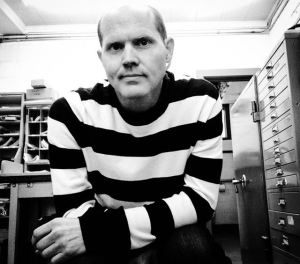 Daniel Rathbun’s work is like nothing you’ve ever seen before. He creates paper cuts that often depict dark, foreboding events in a very whimsical way, with a look reminiscent of vintage children’s books, achieved by using a mix of Victorian and mythological themes and fables. “A large portion of my work represents often ignored children making bad choices or being the victim of unfortunate circumstance while alone in nature, frequently with animals in attendance.”

Growing up in southern New Mexico surrounded by open desert and without many other children to play with, Rathbun spent a lot of time alone. “I realized later in life that the things I did in my youth to pass the time (hopping a train, exploring abandoned mines, catching poisonous insects, etc.) could have had potentially tragic endings, and they just never did.”

After graduating high school Rathbun studied geology at NMSU, spending most of his time working for the campus radio station. He later followed a friend to Chicago, spending most of his time there seeing live music, mingling with local musicians and artists, and working in random record stores. After fourteen years in Chicago, he relocated to the Sheboygan, Wisconsin area “to take advantage of affordable land and a more relaxed lifestyle.”

It wasn’t until he became friends with art therapist Erin Blustein that Rathbun gave serious thought to becoming an artist. Blustein introduced him to several artists, changed the way he viewed and thought about art, and encouraged him to step out as an artist, but it wasn’t until he was first approached to do an album cover that he had the confidence to actively pursue his art. His interest and background in music no doubt aided him considerably in the designing of that album cover, and several album covers to follow. “I am motivated by music, lyrics and art. You could argue that all of those are art and I wouldn’t disagree. I can cut out finished designs in any environment, but I can’t create the designs without music.”

In addition to music, Daniel Rathbun’s artwork is also heavily influenced by nature. He enjoys hiking, bird watching, and even just observing everyday animals and insects outside the windows of his home. “I love how chaotic nature is; the feeling that anything can be a victim regardless of preparation. The other day I saw a woodpecker eating insects out of a spider’s web as they would get caught and I couldn’t help but be inspired by how nature encourages unconventional behavior.”

“I try to create an image that will be perceived differently after a few moments than the initial thought you may have given it. Each piece obviously has a meaning to me, but I prefer it when people find their own meaning and interpretation. Paper cuts make this possible because even though they have quite a bit of detail, at the same time they are silhouettes that lack details like expressions and texture. Is the character happy or forlorn? Is she holding a carrot or a knife?”

You can see more of Daniel Rathbun’s work by visiting his website, danielrathbun.com, or his facebook page, facebook.com/pitandgallows.

Erika L. Block is a professional writer, artist and art director working exclusively with the art, publishing and music industries through her company, Creative Studios. Connect with her at facebook.com/elblockcreative. 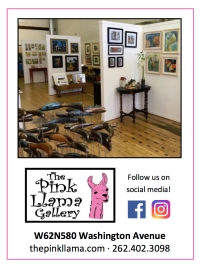 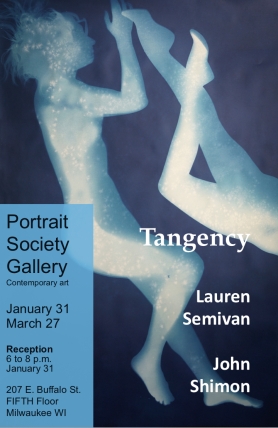 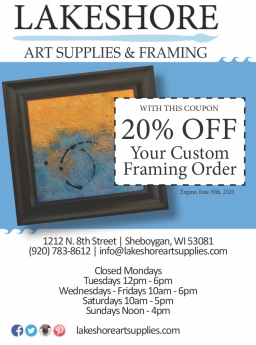