The Arts + Literature Laboratory (ALL) is situated between co-working spaces, business incubators, and tech start-up companies in a newly renovated area of Madison that was once industrial wasteland but is now becoming an arts and culture hub. Art Lit Lab, as it’s known by community members, is housed in an industrial space shared by a brand new parking garage. ALL is focused on building connections between visual, literary, and performing arts through community-driven practices and programming.

Collaboration is at the heart of ALL’s mission. In fact, the space actually began in New Haven, CT through partnerships with various collectives, poets, and artists who shared a similar interest in connecting writing with visual arts. In 2015, co-founder Jolynne Roorda relaunched the project in Madison, WI. What began as an artist and volunteer-run project quickly blossomed into a space that hosted about 200 events per year, including exhibitions, performances, screenings, readings, workshops, and classes. Shortly after the move to Madison, ALL incorporated as a non-profit entity in efforts to create a professional, sustainable operations model.

In order to continue growing and meet community needs, Art Lit Lab moved to a new location on Livingston Street in summer 2020 due to a simple need for more space. While both the physical space itself and the structure of the business have been reformed since its inception, Art Lit Lab remains an accessible and inviting environment that hasn’t lost its grassroots charm. With a background in chemistry and sculpture, Jolynne wanted the name to carry a scientific feeling; “Laboratory” invites the idea of experimentation and play. The acronym, ALL, reinforces the organization’s dedication to inclusivity – fostering a space that provides opportunities for artists and community members of all different disciplines, ages, and backgrounds and prioritizing access for groups of people that have been historically marginalized.

Now, the three-story space has dedicated artist studios, education classrooms, multiple gallery spaces, a library, and the ability to transform large open areas into performance or screening spaces with sky-high rotating walls that open or close depending on the needs of any given program. The library is situated in a cozy mezzanine space that overlooks the main gallery on the first floor, where pedestrians can peer through the floor-to-ceiling windows to get a sneak peek.

ALL also focuses heavily on partnerships with local artists, businesses, schools, and institutions to bring access and equity to arts education in Madison by working with teaching artists and youth on various outreach efforts. Volunteers and community members work as part of programmatic teams to decide what types of events are scheduled in the space, and proposals for future events from artists, musicians, and writers are welcome.

Art Lit Lab has cultivated culturally beneficial programming by supporting local artists, creating access to youth education, and strengthening professional resources for artists, writers, performers, and musicians. With this clear set of goals, ALL will continue to grow in their new space and bring meaningful programming to the Madison community and beyond for many years to come.

ON THE RISE: MAHOGANY GALLERY, RACINE

Artist, gallery director, and Racine native Scott Terry opened Mahogany Gallery at its new location during one of the most memorable and difficult times in recent history. Despite this, the COVID pandemic has not hindered the success of this community gallery space and bookstore. With a street presence on Washington Avenue in Racine’s Uptown neighborhood, Mahogany Gallery’s home is a newly renovated building amongst many other vacancies in the area. An open-concept space greets visitors upon entrance, with a wall of bookshelves, a small shop, and a welcoming sitting area. The gallery extends towards the back of the space, leaving ample room to display works from contemporary artists. Ready for a change after Mahogany’s first location in Kenosha, Scott Terry was eager to take the opportunity to bring his gallery to Racine and make an impact in his hometown. With the goal of supporting Black American artists, Mahogany Gallery hopes to connect artists to new potential collectors, provide artists with exposure, and educate the community.

As an artist himself, Scott experienced frustrations in the early years of his career when attempting to find gallery representation and found he wasn’t alone in that regard, so he started thinking about how he could make that experience different for artists. Three years ago, after a very successful art fundraiser which supported young, Black men and national artists alike, Scott truly understood that art had the power to invoke change. This fueled his inspiration to open Mahogany Gallery; he knew he could use the space to make an impact on the careers of Black American artists. As the only Black-owned and operated gallery space sitting south of Milwaukee and north of Chicago, Scott is interested in giving back to his community through highlighting the voices of Black creators by bringing visibility and an audience to their work. The name “Mahogany” connects subtly to Black culture while referencing the raw materials associated with the process of creation.

Supreme Tones, an exhibition of work by artist Rosy Petri, was the first official solo show at Mahogany Gallery’s new location in Racine. In addition to hosting exhibitions, Mahogany also hosts private events, community painting nights, musical performances, and offers artist-made goods for sale. The gallery implements additional programming for each exhibition, like the unveiling of new work, an artist talk, or other events that may complement each show. The bookstore features titles about social justice, race, children’s books, and publications written by Black authors which are also available for purchase on their website. Educating the community about issues surrounding race in America pairs nicely with Mahogany’s Gallery’s mission of uplifting the voices of Black American artists through exhibitions.

Mahogany Gallery is clearly making an impact and will continue to do so through their future programming by celebrating Black creators and educating the community about the history and culture of these individuals.

ON THE RISE: ROUNTREE GALLERY, PLATTEVILLE

With a rich 41-year history, Rountree Gallery has been an active part of the Platteville art community for years. The gallery was originally founded in 1979 by UW-Platteville art student Robert Terrell as part of his senior project to connect art and community. Now, not far from the University, Rountree is located in a huge, three-story historic building on Main Street that boasts over 2700 square feet on each of its levels and holds ample potential. At the beginning of its life, the gallery was housed in a city-owned building when it was taken over and funded by the city of Platteville. From there, the space moved to Platteville Public Library after the city cut funding for the gallery and they were forced to find a new location. With storefront windows and a back exit that opens directly to a city park gazebo, Rountree’s new location is highly visible, welcoming, and approachable in the community.

Bill Mitchell, an artist and designer, became involved with the gallery about 4 years ago, after moving to Platteville from Chicago. Bill holds an MFA from Northern Illinois University as well as years of gallery experience. Operating as the gallery director, Bill, along with a small board of community members and volunteers, have taken over managing and operating Rountree. Through memberships, donations, and a non-profit structure, Rountree lives on after the recent transition of ownership from the city. Bill and his wife Angie purchased the historic building downtown that was once a hardware store and now rents the space to the gallery for a nominal fee. Bill and the team at Rountree hope to build up programming by nurturing the space as a creative center and developing a sustainable funding model so the gallery can continue to remain open into perpetuity. Bill knew that Platteville was in need of a professional gallery space for artists to show work, and Rountree’s new location has become just that. Encouraging involvement from younger local artists is also something the gallery hopes to amp up by creating resources for recent college graduates. The space itself continues to undergo renovations and updates, with future hopes to provide 24-hour studio access for artists, one more way Rountree can connect to the local community and continue to “create, appreciate, and educate” as part of their mission.

Rountree currently holds about 8 exhibitions a year in addition to classes, events, and other additional programming that include not only visual artists, but performers, authors, educators, and other creators as well. The gallery has also partnered with Platteville High School annually to exhibit the work of K-12 artists. With community in mind, Bill is anxious to extend the programming and opportunities at Rountree to a wider audience, seeing the potential to continue collaborations with various types of creators and entertaining proposals from artists around the state and country. Rountree hopes to bring new eyes to Platteville and promote the vibrant arts community there through the gallery’s work.

Rachel Hausmann Schall is a visual artist, writer, educator and arts organizer living and working near Milwaukee, WI. She received her BFA from the Milwaukee Institute of Art & Design (MIAD) in 2015 and became co-founder and co-director of After School Special, a satellite artist collective that supports emerging and underrepresented artists through exhibitions and programming. She has exhibited her painting, sculpture, and installation work nationally at many galleries, alternative, and artist-run spaces. In addition to writing for Artdose, Rachel Hausmann Schall is also a contributing writer for the Chicago based arts publication Sixty Inches From Center and works at Pius XI High School in Milwaukee, WI as an arts educator. 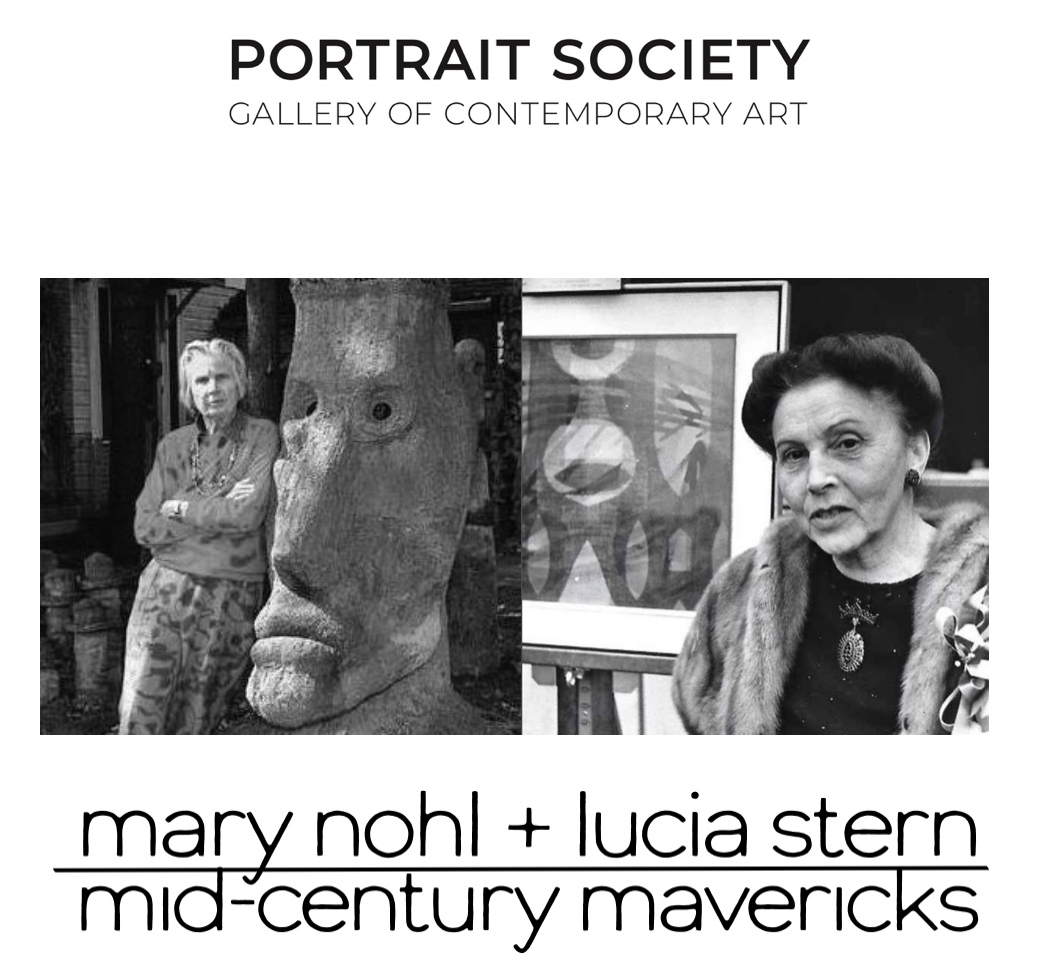 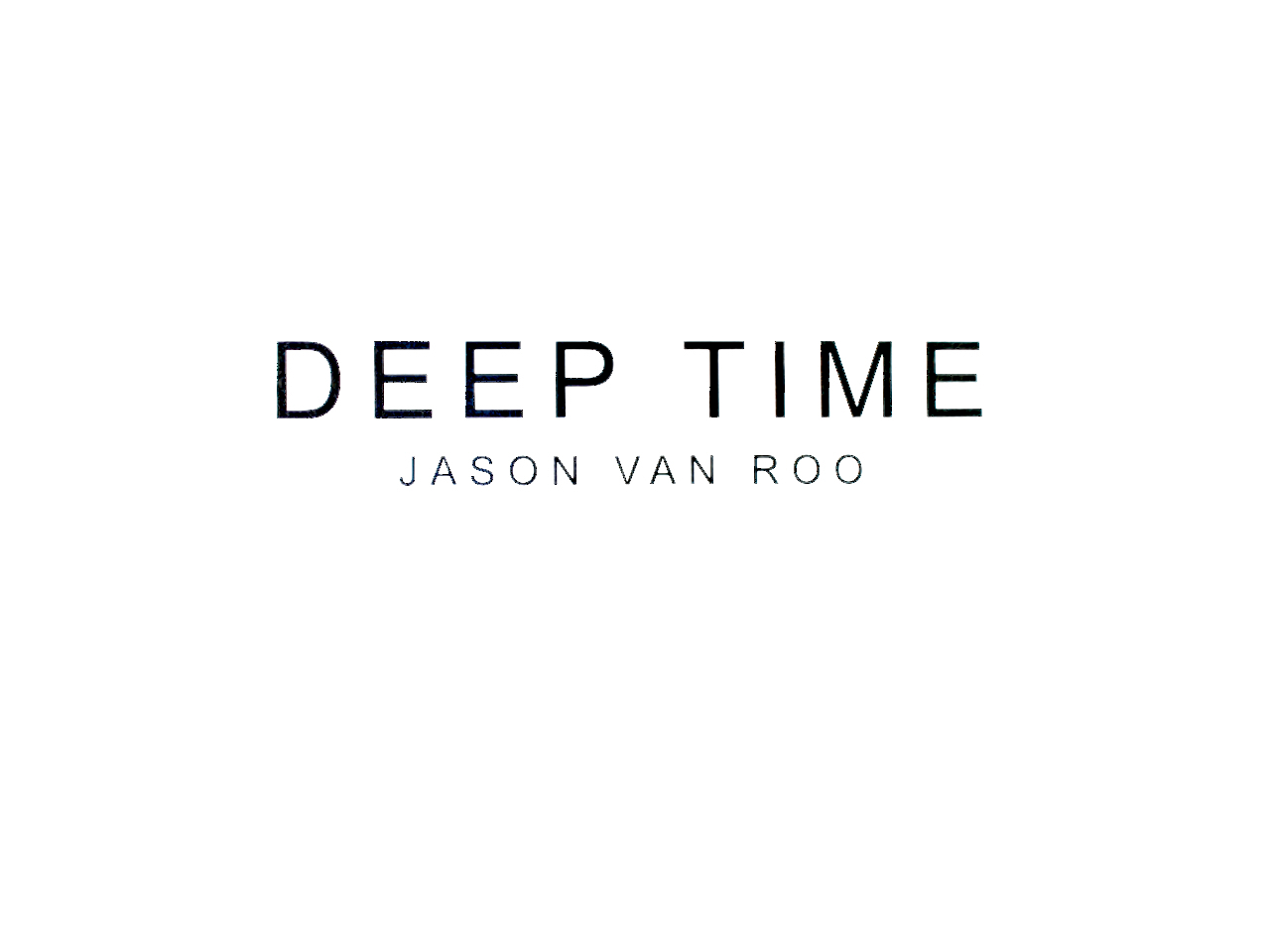 Now on View: Paul Druecke’s Sign Of The Times at the Trout Museum of Art, Appleton, Wisconsin 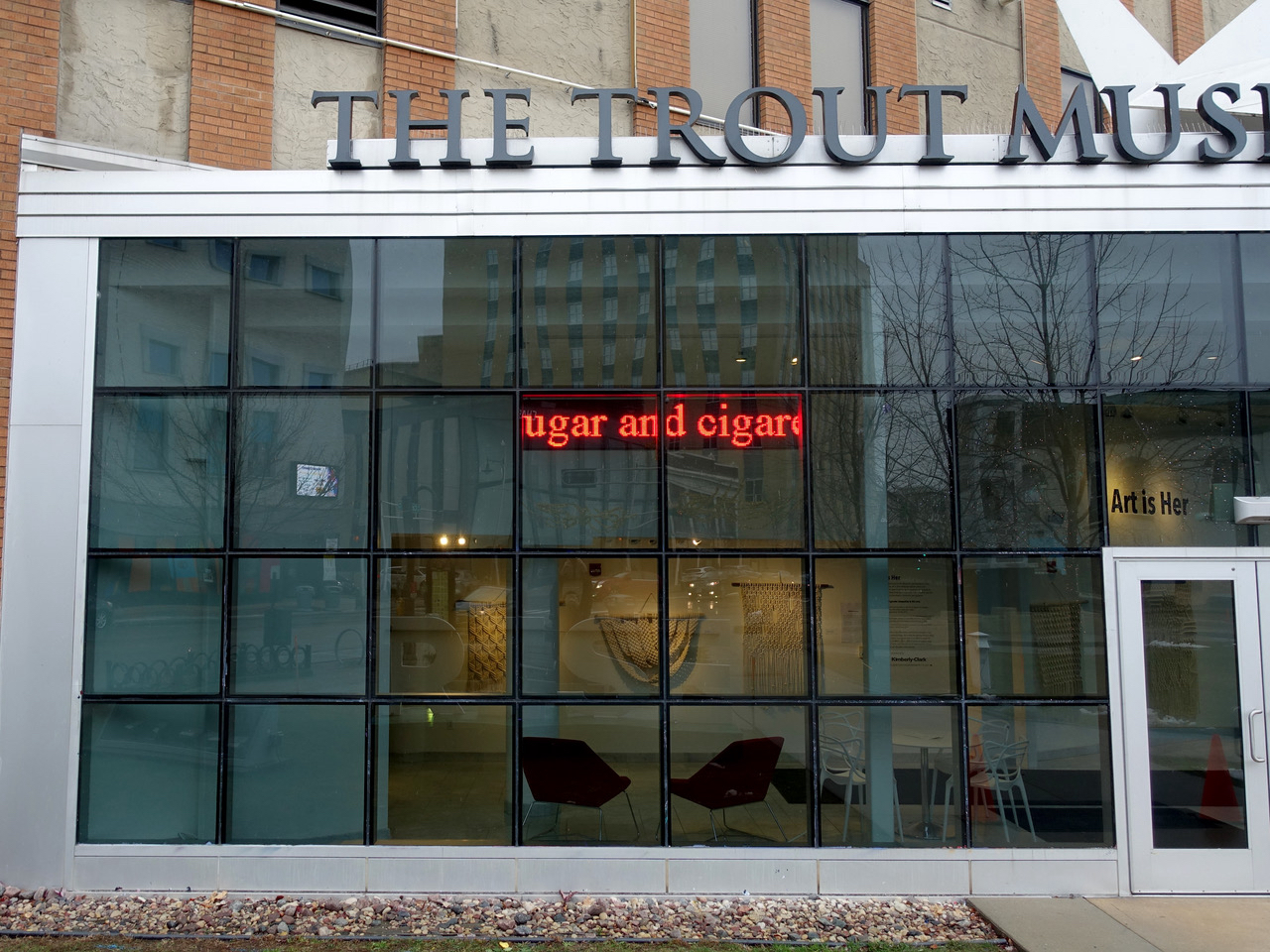 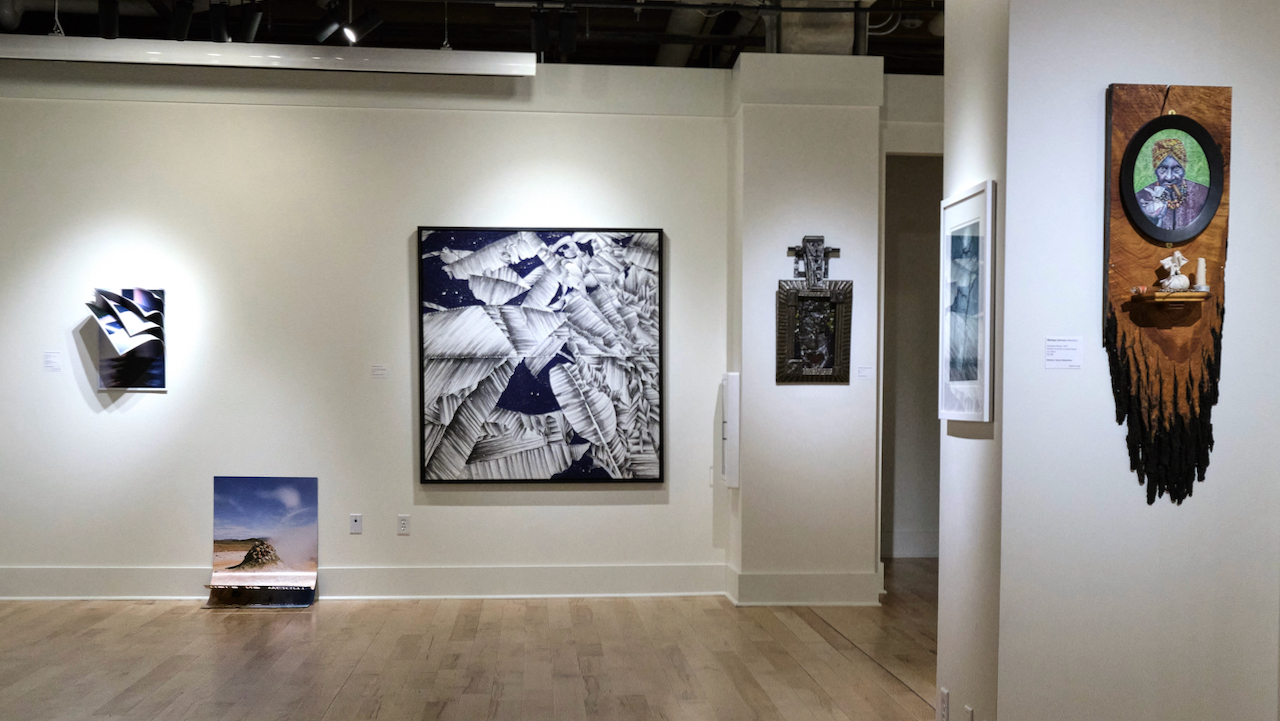 Review: Recognizing Success Amidst the Pandemic  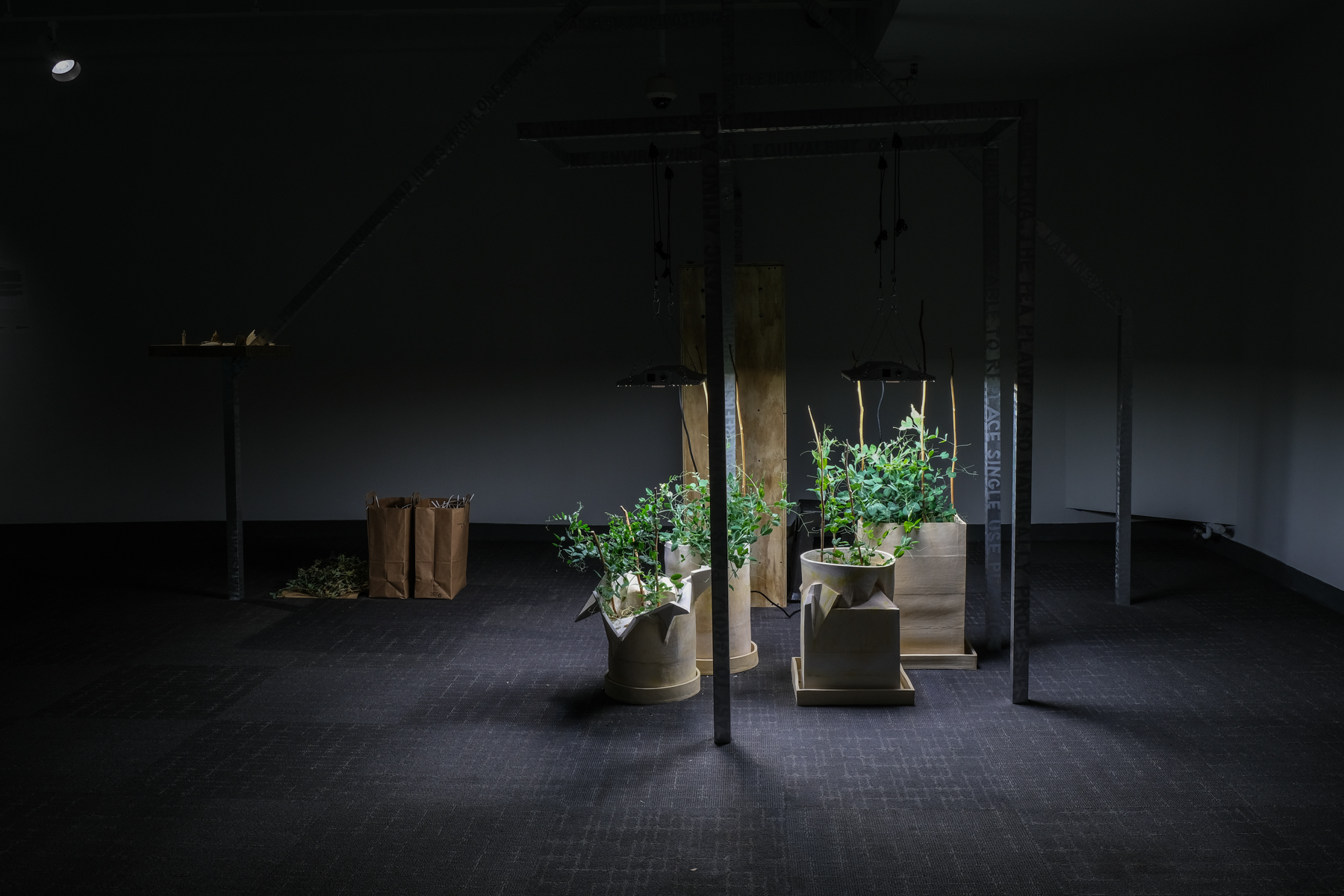 From our friends at @artless.bastard
Can't believe we have reserved spots for artists to be featured in our Artdose Magazine Weekly until the end of April. Let's see if we can book the entire year by the end of January.
From our friends at @marn_arts
Posted @withregram • @leveecontemporary New Year, New Artist!
Closing January 28: CHINA: Jan Serr at @thewarehousemke
This week's Artdose Magazine Weekly featured artist is Dan Herro from Milwaukee. Wisconsin. Connect with Dan at @danherro
32nd Annual Midwest Seasons Opens at the Center for the Visual Arts
Call for Proposals
A typical Sunday morning starts with a weekly ritual of putting together the next issue of Artdose Magazine Weekly featuring paintings by Milwaukee-based painter, Dan Herro, as well as what's happening in the visual arts throughout Wisconsin. 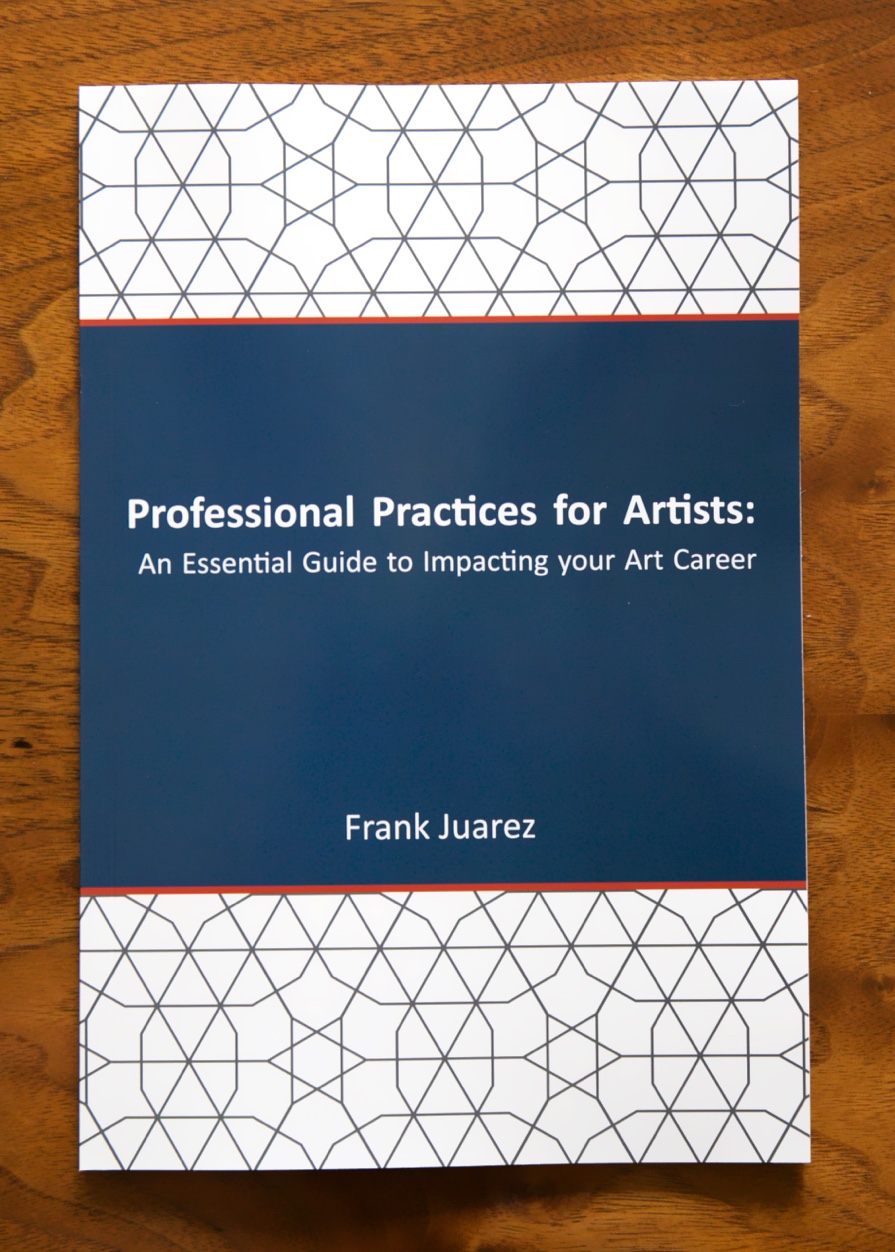