Written by Jody Kuchar for the Lakeshore Artists Guild

The Lakeshore Artists Guild excitedly premiered their grand idea this past weekend with the inaugural Art Slam Event.  By all standards, Art Slam was a great success.  Leading up to, and the first day of Art Slam, interest was very high; and if Facebook is a measure of social ‘reach’, Art Slam Manitowoc interacted with over 14,000 people. If it is true that “Art Transforms Communities”, transformations were in evidence September 15th and 16th in Manitowoc.

To make Art Slam a reality, a year of planning was required.  Numerous connections established with local business owners, community leaders, media outlets, public spaces such as Manitowoc Public Library, Manitowoc Farmers Market, and Rahr-West Art Museum.  Our local businesses rose to the challenge of hosting an event such as Art Slam, which could not have happened without their financial support.  The City of Manitowoc embraced Art Slam and made it a civic event.   Beacon Consulting opened their building on Washington to artists to work in, as well as a ‘kids zone’ and, later on Saturday evening, hosted “The Art of Comedy”.  Aspire Real Estate Group LLC made their building at 8th and Quay Art Slam Headquarters with good will Art Slam Ambassadors available during the event to answer questions, sell ‘Bonus Buttons’ and direct foot traffic to single events.   Kathie’s Stage Door Pub hosted Art Slam – Poetry Slam, which was standing room only.  Moore’s Irish Pub Half-Way to St. Paddy’s Day Street Party kept the artists on 9th and Jay entertained early, while live music played into the evening. Each active member of Lakeshore Artists Guild worked to make Art Slam appeal to the widest audience by encouraging more involvement in the event.

And, Manitowoc now has a new public mural thanks to the efforts of a design team, many community and local business members, students of Silver Lake College and Everyone who stopped by to help paint the mural.  This is truly a public work of art, which is beautiful to look at while engaging people and bringing them out to leave their mark, and to Make Art.

A total of 29 individual artists submitted art at the end of the weekend. An early sampling of work entered into the upcoming exhibition at Rahr-West Art Museum represented both 2 and 3 dimensional works. Considering the works submitted must be created within a two day period, what had come in within the first hour was impressive. A total of 46 pieces of art will be exhibited and judged at the Public Awards Celebration and Exhibit Opening at Rahr-West Art Museum (or “The After Party”), on Friday, September 21st, 6-8 pm, with voting for the Ron Stokes People’s Choice Award, 6-7 pm, and Award Presentations at 7:30pm.  The Public and Everyone is invited and encouraged to vote for their favorite work.

In it’s past history, Manitowoc did have a lively Art scene, which revolved around Courthouse Square Art Show, which was sponsored by the “Little Gallery” group of artists founded by Ron & Dolly Stokes. Among the members was a beginning art patron named Mrs Ruth West; and the birth of a collection came into being; Manitowoc today has Rahr-West Art Museum.

Things change in a community, people move and older traditions sometimes end.  When fresh faces with fresh ideas move to an area and meet with other enthusiastic citizens, new ideas are implemented, new traditions are born.  Lakeshore Artists Guild hopes to keep creating art in Manitowoc as well as inspiring others to create art – in whatever medium they chose.  The arts are an inclusive gift to humanity; whether visual, literary, music or performance art – Art Transforms.  In the words of one of the poetry slam organizers:  “Art is spirit looking for a home, and that spirit has found a home this weekend.”

Art Slam take aways:  our local businesses rock! Lakeshore Artists Guild wants to Thank each one of it’s supporters who helped carry this idea to fruition. Without you, there would be no downtown to inspire us – so Thank You to All who were involved even in the smallest ways for helping to make Art Slam the event that it was.

With that, watch this space for the next exciting exhibition and event announcements and see YOU September 21st at the celebration. 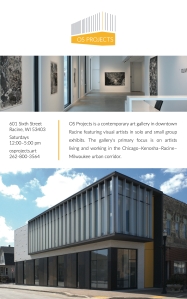 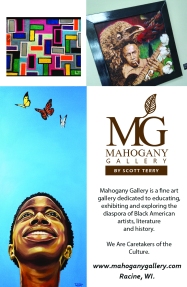 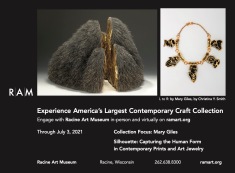 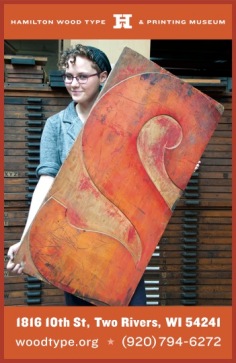 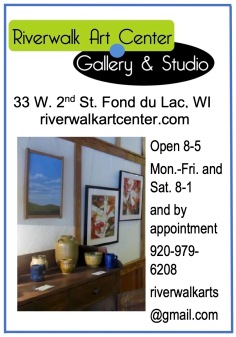 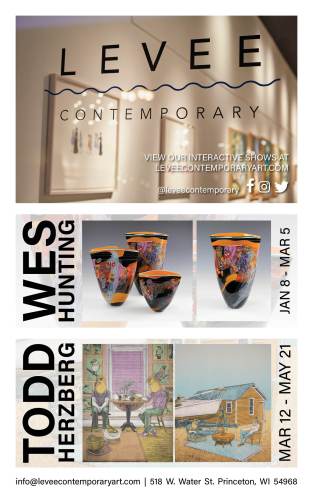